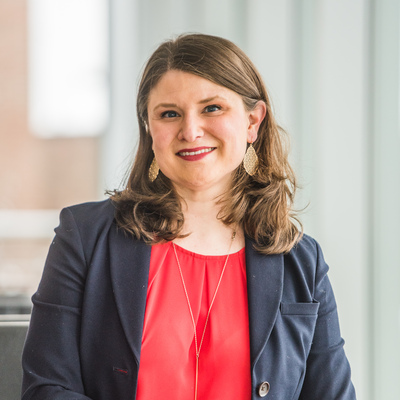 Political scientist Lindsay Mayka specializes in institution-building in Latin America. Her research centers on the relationship between civil society and public institutions in Latin America and the struggle for genuine participation and social inclusion in different political systems there. Her book, Building Participatory Institutions in Latin America: Reform Coalitions and Institutional Change, was published by the top press in her field. She has also placed many peer-reviewed articles in high-quality journals and served as a guest editor for two special issues of influential journals. In 2020 she was named a Clarence Stone Scholar by the American Political Science Association in recognition of her influential contributions to the field, and two of her scholarly papers won awards from the Latin American Studies Association. Her work is theoretically and methodologically sophisticated and based on a formidable level of research and on exceptional language facility in both Spanish and Portuguese. Mayka completed an M.P.P. and a Ph.D. at the University of California at Berkeley and a B.A. at Carleton College.